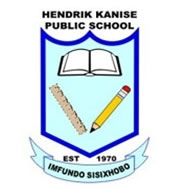 Hendrik Kanise Combined School is in Alicedale, a small settlement in Sarah Baartman District Municipality in the Eastern Cape province of South Africa, situated on the banks of the Bushmans River.

Hendrik Kanise was established in 1925 as a multi-racial church school. Back then it was called Wesleyan Native Day School which had only 4 teachers including the principal Mr Masoka and classes from Sub A to Standard 4.

Mr Masoka was then transferred to bigger schools because of his good job running the school. Then in 1927 the school got a new principal Mr W Mbethe and because the learners were increasing in numbers the teachers were also increased and the classes went from Sub A to Standard 6.

In 1933 the Department of Education decided that the school needed to be divided into two schools where we had black schools and coloured schools separately and that is when the school received a new name, Jolisa Phezulu.

After a couple of years, the school committee then decided that the school again needed to change its name and it was named after the committee chairperson Mr Hendrik Kanise.

In 1969 the school got new buildings in Nonzwakazi Location where it is still standing. The new school had 6 classes and one office with a New Principal Mr Mzileni with 13 Teachers, then the school went from Sub A to Standard 7.

In 1984 they got a new principal Mr V.M. Nqini and 3 years down the line changed to Mr Mbatha. In 1991 the school got a new Principal Mr Kosi who worked very hard in making sure that the school does not only get new buildings but it goes up to Standard 10.

The plea was accepted and that was when the school became a combined school. Sadly Mr Kosi pass away in 2004 then Mrs Louw-Balie became the first woman to be a principal at the school until 2017. After Mrs Louw-Balie, Mr Myona took over and officially became the principal in January 2018.

A vision of the school will be accompanied by:

We aim at the promotion of a culture of affecting teaching and lifelong learning through the maintenance of the following structures:

As the school we are facing many challenges that include inter alia:

Despite all these challenges and against all odds Hendrik Kanise has continued to churn out good Matric results. Last year 2019, Hendrik Kanise led the Makana Municipality township schools with an 83,3 % pass.